In recent years there have been constant accusations from the United States, the European Union and NATO against Russia for cyber attacks directed against strategic companies and institutions from other countries.

Unlike the two world wars, in a cyber war there are no declarations of war, there are no sides, International Law does not apply or its application is unclear. It is a war where the enemy constantly changes location, in which he crosses invisible borders to make it difficult to pursue and stop him. The battlefield is not on land, sea or air, it is in cyberspace.

The beginnings of this cyber war are, for many international analysts, in the cyber attack orchestrated in 2007 from the Kremlin against Estonia, the first digital country in the world, which affected its national security. Estonia requested assistance from the European Union and NATO, under article 4 of the 1949 North Atlantic Treaty, which supports formal consultations of member states in the event of conflicts that threaten national security and political independence, although NATO did not consider that cyberattack as a military action.

NATO remained on the sidelines, but not the European Union and the United States, who cooperated with the Estonian authorities in restoring normality. The simple fact of spreading the news that Estonia had consolidated an international alliance to locate cybercriminals and bring them to justice caused the number of attackers to decrease considerably, which was considered a deterrent measure. Estonia acted transparently, knew how to react and gave the world a lesson on how to stop a massive cyberattack against national security.

Another precedent can be found in the cyber attack orchestrated, again, by the Kremlin against Georgia in 2008, known for being the first case in which cyber operations are initiated and conducted jointly with armed military operations.

It seems that the scenario and strategy is repeated in Ukraine. The goal of those cyberattacks was to cause a loss of operational capacity and confidence in Georgia’s political, military and financial institutions, that is, to unbalance the institutions and weaken the state. Georgia’s technical capacity was very limited, so international cooperation was providential.

Aware of the risks and consequences of massive cyberattacks, NATO approved the NATO Cyber ​​Defense Policy on January 7, 2008.

At the Bucharest Summit – held on April 2, 3 and 4, 2008 – NATO adopted a decision, which is summarized in the need to protect critical information systems, share best practices and boost the capacity to support Alliance member nations to counter a cyber attack, continuing to develop the Alliance’s cyber defense capabilities and strengthening its ties with national authorities.

To improve the operational capacity of the Alliance, the creation of the Cooperative Cyber ​​Defense Center of Excellence (CCDCOE) was ordered, a Single Authority with responsibilities and means to coordinate cyber defense activities and responses to cyber attacks and a Military Authority with the purpose of reviewing and coordinating the Alliance’s military cyber defense capabilities.

In 2013, independent cybersecurity experts produced the ” Tallinn Manual on the International Law Applicable to Cyber ​​Warfare “, known as the “Tallinn Manual”, which contains ninety-five rules of action to fight against massive cyberattacks, evolved from the guidelines for warlike behavior of the Declaration of Saint Petersburg of 1868 and the Geneva Convention of 1949.

During the cold war, the forces of the two opposing blocs were balanced with NATO, on the one hand, and the countries that made up the WARSAW PACT, on the other. With the USSR dissolved, several former Soviet republics joined NATO (East Germany, following German reunification in 1990, the Czech Republic, Hungary, Poland, Bulgaria, Estonia, Latvia, Lithuania, Romania, Slovakia, Slovenia, Albania, and Croatia). These movements unbalanced the forces between both sides.

Since its creation, the CSTO has close ties with the COMMONWEALTH OF INDEPENDENT STATES and the SANGHHAI COOPERATION ORGANIZATION made up of eight member states (China, India, Kazakhstan, Kyrgyzstan, Russia, Pakistan, Tajikistan and Uzbekistan). To date there are four observer states interested in joining as full members (Afghanistan, Belarus, Iran and Mongolia) and six as dialogue partners (Armenia, Azerbaijan, Cambodia, Nepal, Sri Lanka and Turkey).

Furthermore, there are the allies of the opposition axis to the West, which is made up of North Korea, China, Iran, Cuba and Venezuela.

Also Read: What is electronic logbook

The current scenario leaves countries like Ukraine in no man’s land. If there is occupation, the battle will be fought on all fronts, including cyberspace. 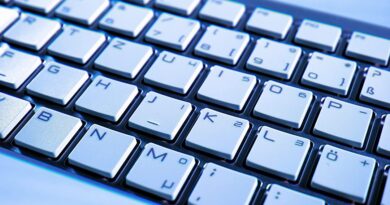 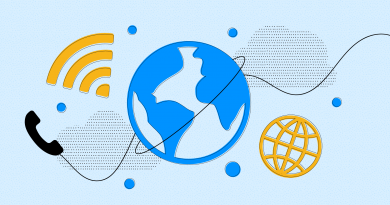 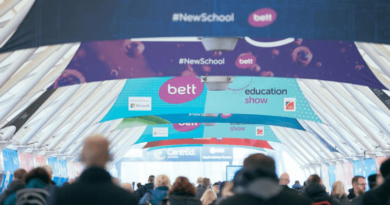 What are the most important tools for digital marketing

Why Shift To The VoIP Phone System?